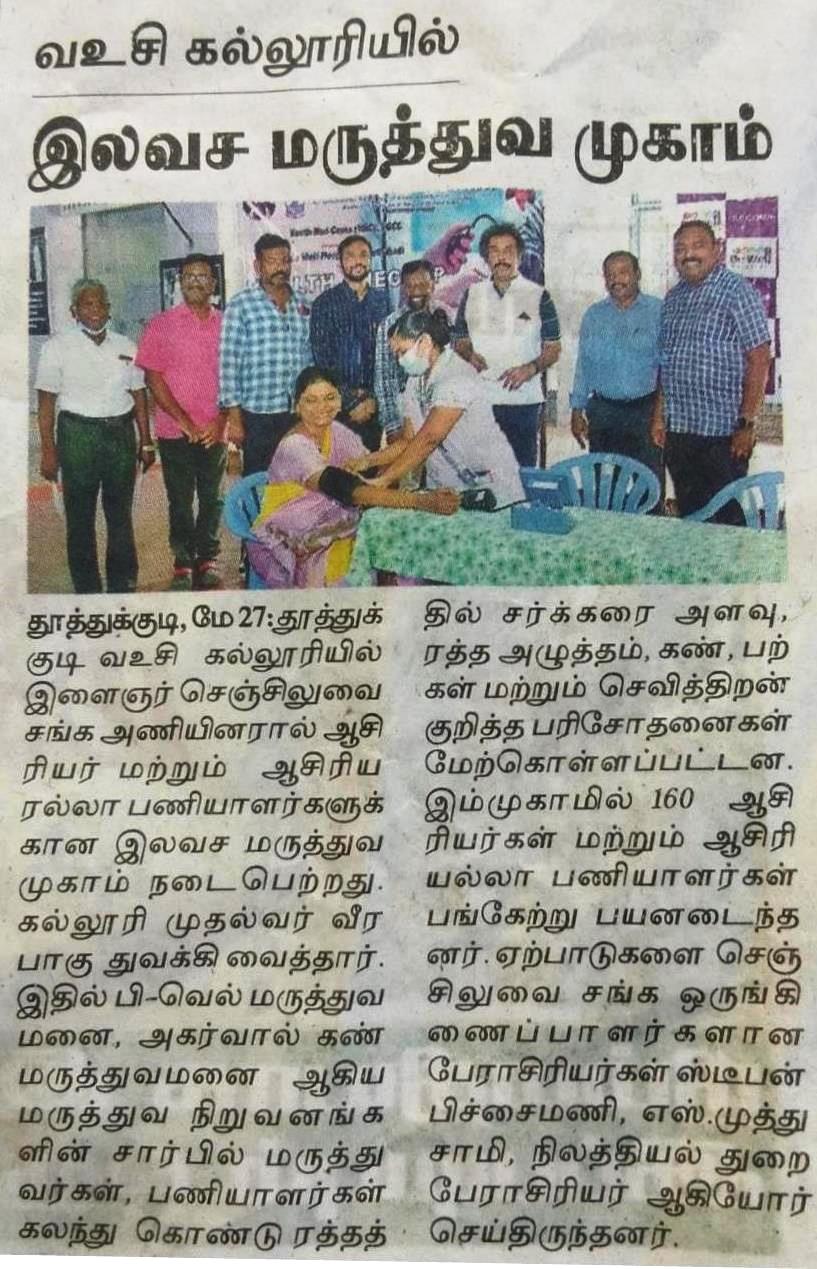 Be Well Hospitals has organized a general health checkup camp in association with V.O.Chidambaram College, Tuticorin. 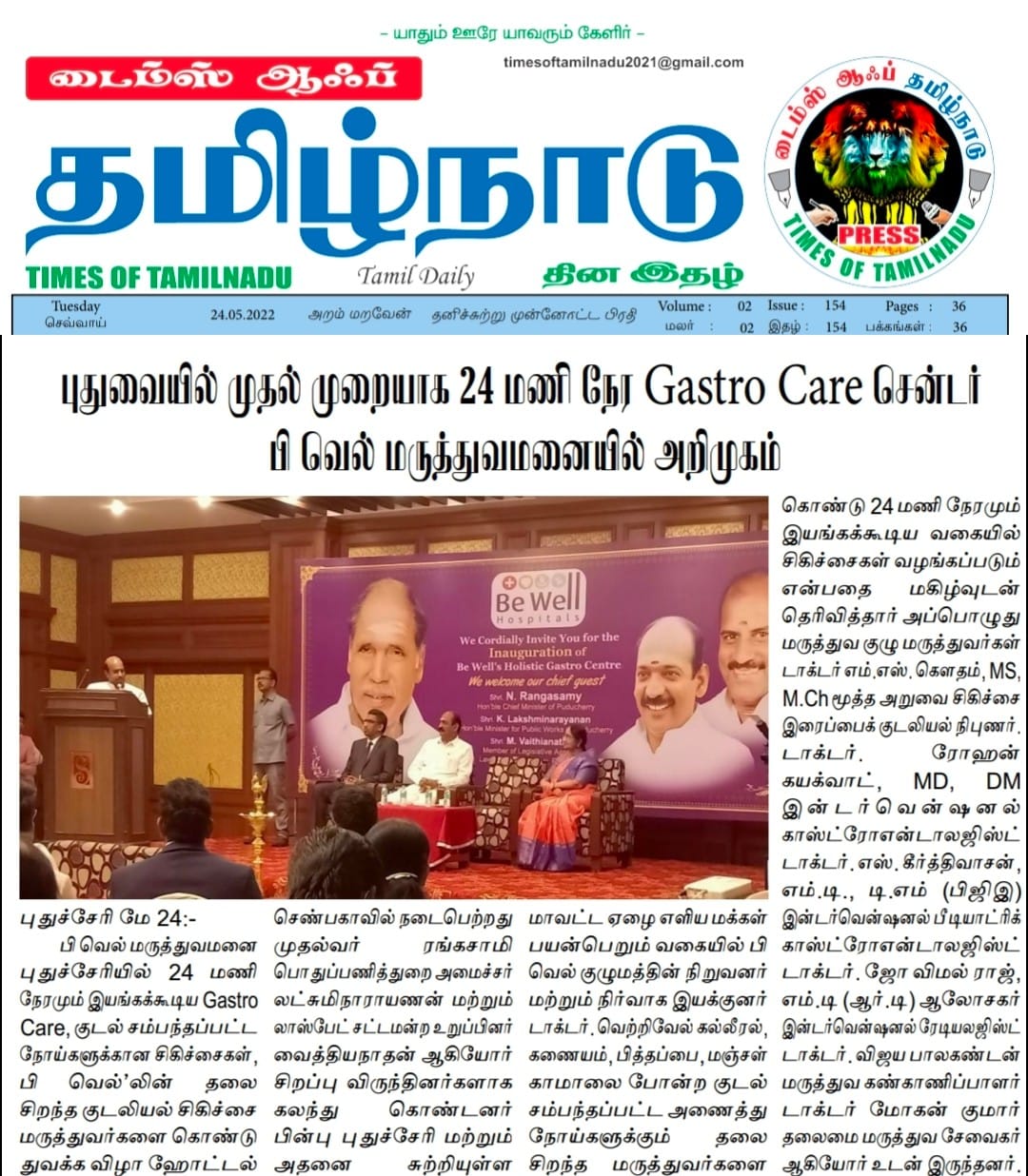 With boundless delight and elevated goals, we announce the official launch of Be Wells Holistic Gastro Centre at Be Well Hospitals, Puducherry 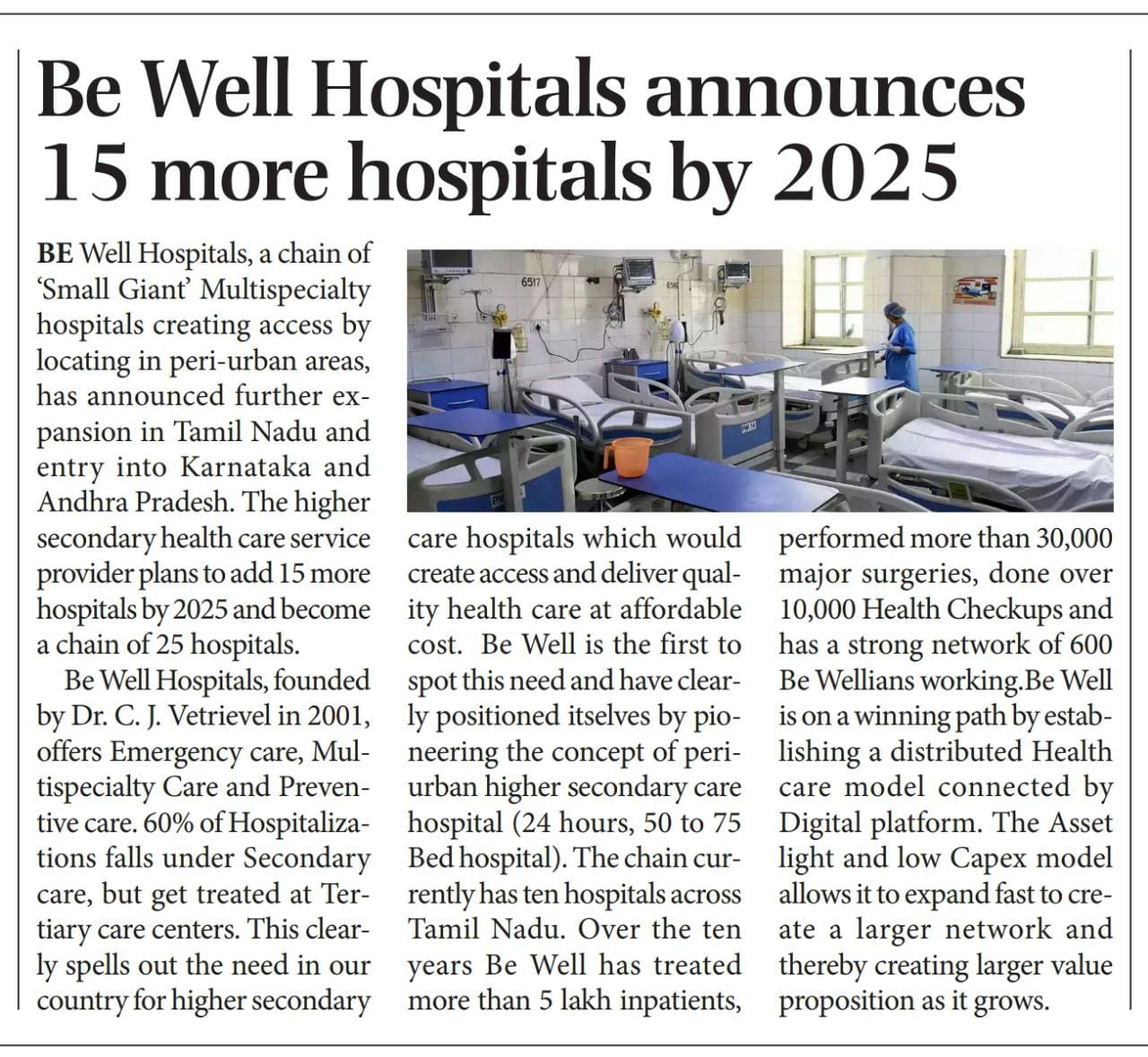 The press briefing on Be Well Hospital's expansion plans.

The press briefing on Be Well Hospital's expansion plans. 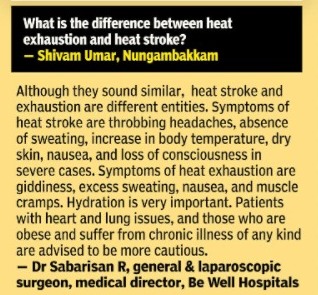 Coverage Garnered in DT Next

The answer to the question is based on the authored article by Dr. Sabarisan. 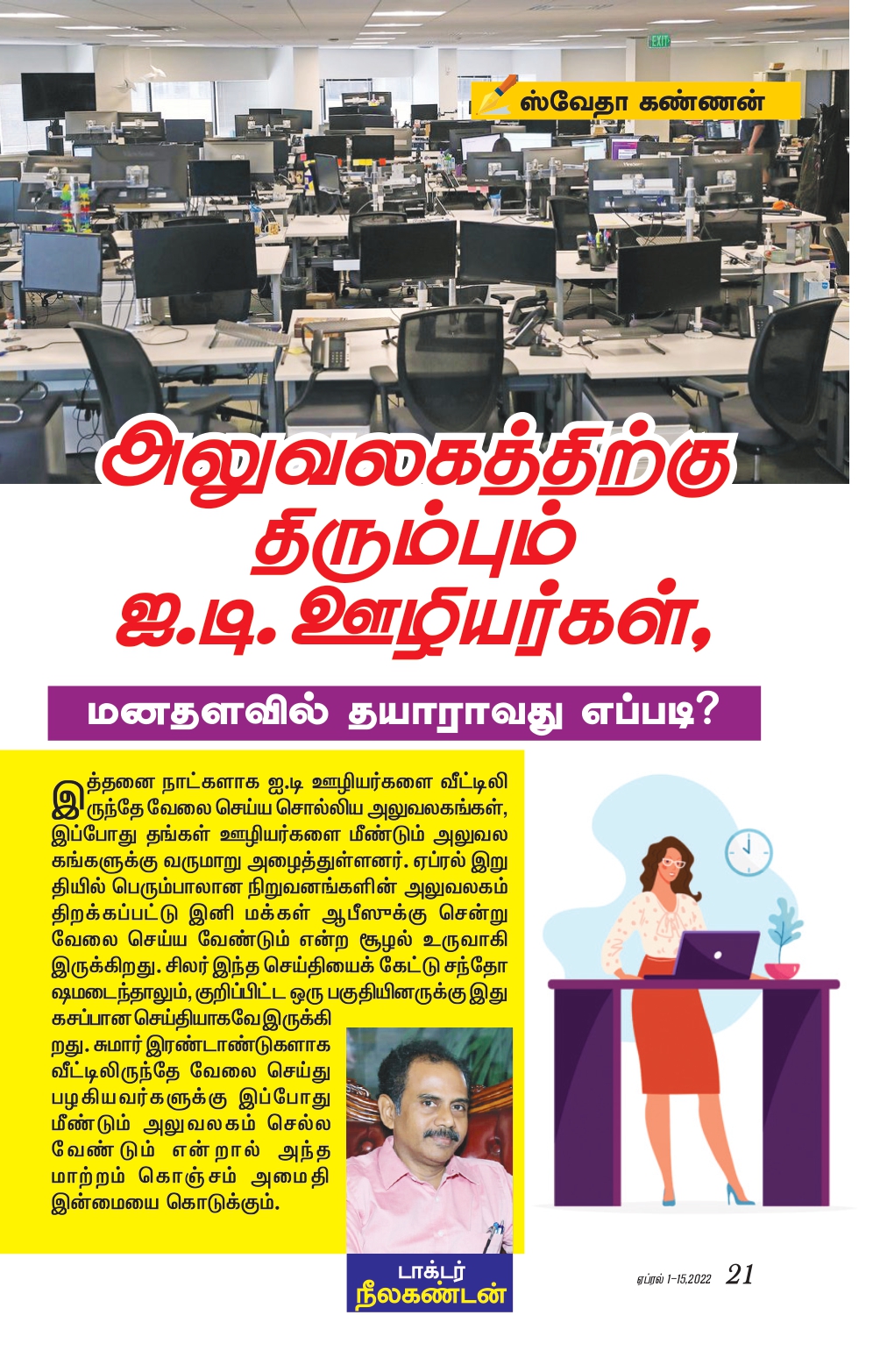 The story focuses on Managing Work-Life Balance While Working From Home based on an interaction with Dr. Neelakandan. 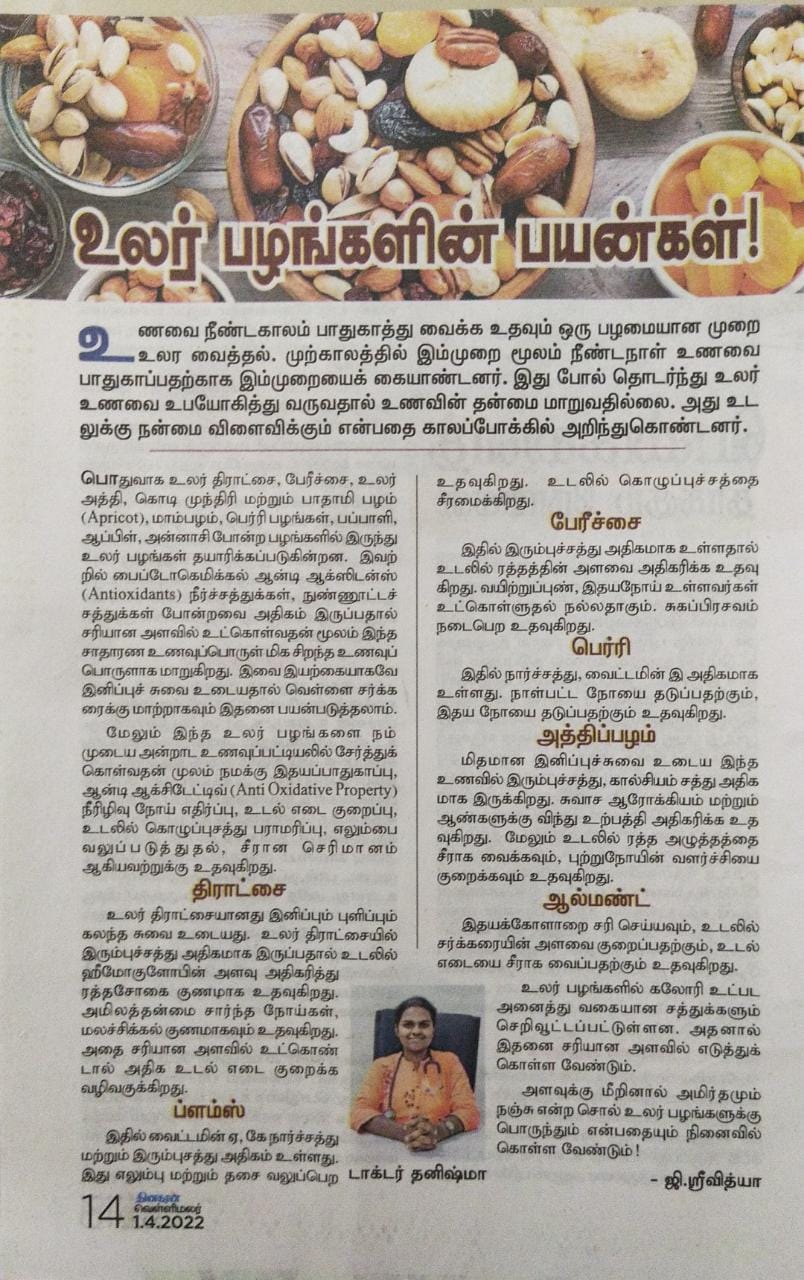 The story focuses on The benefits of dry fruits based on an authored article by Dr. Dhanishma 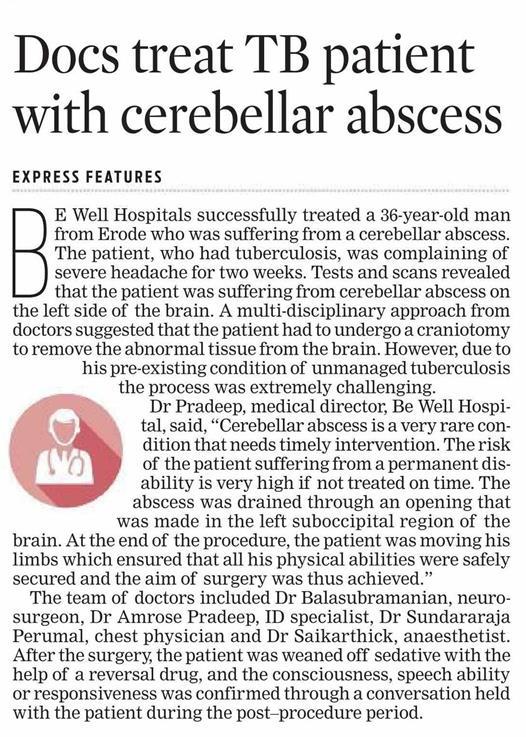 A multi-disciplinary approach from doctors suggested that the patient had to undergo a craniotomy to remove the abnormal tissue from the brain. However, due to his pre-existing condition of unmanaged tuberculosis the process was extremely challenging. 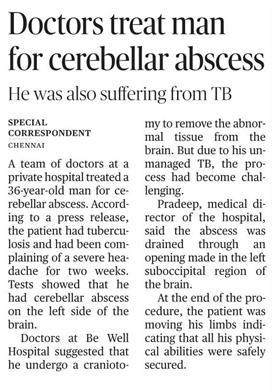 Coverage Garnered In The Hindu

A team of doctors from a private hospital treated a 36-year-old man for a cerebellar abscess. According to a press release, the patient had tuberculosis and had been complaining of a severe headache for two weeks. Tests showed that he had a cerebellar abscess on the left side of the brain.