What is COPD? Symptoms, Causes, Risk, and Treatment 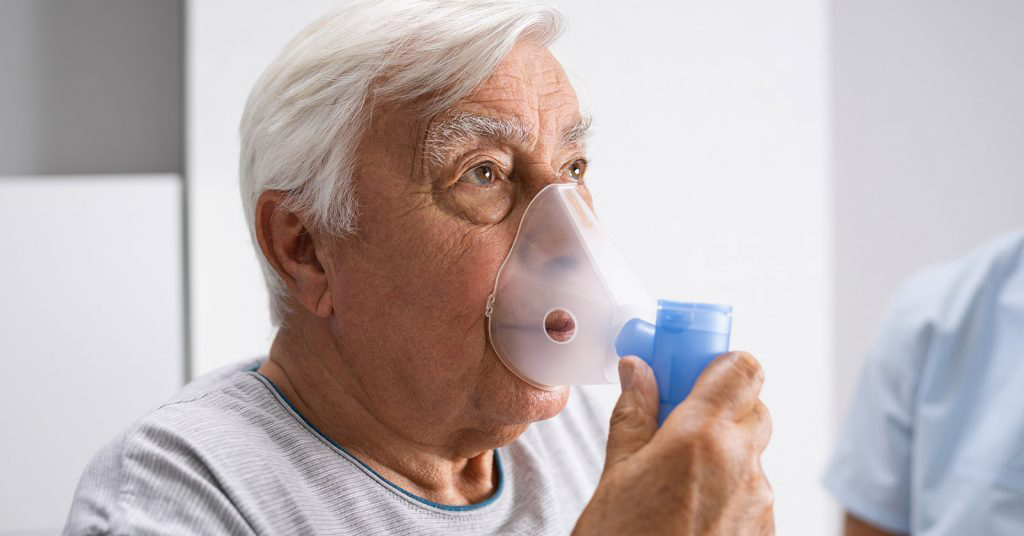 Chronic obstructive pulmonary disease (COPD) is a long-term disorder characterized by a gradual and growing restriction of airflow into or out of the lungs. Chronic obstructive pulmonary disease (COPD) is defined by the Global Initiative for Chronic Obstructive Lung Disease (GOLD) as an airflow limitation that is not fully reversible, usually progressive, and associated with an abnormal inflammatory response of the lungs to inhaled noxious particles or gases. COPD is a catch-all name for two diseases: emphysema and chronic bronchitis. COPD patients may have one or both of these problems, and the severity of each varies from person to person. For any lung disease and breathing difficulty, contact our specialist at BEWELL hospital.

Emphysema causes damage to the lungs' air sacs. As a result, the lungs lose their flexibility and are no longer able to exchange oxygen and carbon dioxide properly.

Chronic bronchitis is characterized by inflammation of the airway lining. This causes an increase in mucus production and thickness. When bronchitis lingers and defies therapy, it becomes chronic.

The initial signs and symptoms of COPD are usually a productive cough in the morning, with colorless or white phlegm (sputum).

Breathlessness, often known as shortness of breath, is the most common symptom of chronic obstructive pulmonary disease (dyspnea). Initially, this symptom may occur on occasion with effort and may escalate to dyspnea while performing a basic job, such as rising up or walking to the bathroom. Some people may have wheezing (a whistling or hissing sound while breathing). The following are signs and symptoms of chronic obstructive pulmonary disease:

As the condition advances from mild to moderate, symptoms frequently worsen:

What is the cause of COPD?

The following are some other causes of chronic obstructive pulmonary disease:

Prolonged exposure to air pollution, such as that found with coal or wood burning, as well as industrial air pollutants

Infectious infections that destroy lung tissue in patients with hyperactive airways or asthma may also contribute to the development of COPD.

Damage to the lung tissue over time produces physical changes in the tissues of the lungs as well as mucus obstruction of the airways. Poor compliance is caused by tissue injury in the lungs (the elasticity, or ability of the lung tissue to expand). Because the lungs' flexibility has decreased, oxygen in the air can not pass through blockages (such as thick mucus plugs) to reach air gaps (alveoli) where oxygen and carbon dioxide exchange occurs in the lung. As a result, the person experiences gradual difficulties, first coughing to eliminate obstructions such as mucus, and then breathing, particularly when exerted.

What are the risk factors for developing COPD?

Tobacco users are at the highest risk of acquiring the chronic obstructive pulmonary disease. Other risk factors include exposure to secondhand tobacco smoke and significant levels of air pollution, particularly air pollution caused by wood or coal. Individuals with airway hyperresponsiveness, such as those with persistent asthma, are also at a higher risk.

A hereditary condition known as alpha-1 antitrypsin deficiency puts a small percentage of people (less than 1%) at a higher risk for COPD (and emphysema) because of a protective component (alpha-1 antitrypsin protein) for lung tissue elasticity is reduced or absent.

Other risk factors for developing the chronic obstructive pulmonary disease include:

use of intravenous drugs,

connective tissue problems, as well as

Salla disease is an example of a hereditary issue (an autosomal recessive disorder of sialic acid storage in the body).

What other diseases or conditions are associated with COPD?

Emphysema is a permanent abnormal expansion of the air gaps (alveoli) at the ends of the terminal bronchioles of the lungs.

What is COPD treatment?

There are numerous treatments available for chronic obstructive pulmonary disease. The first and most important step is to quit smoking immediately.

Treatments are frequently based on the stage of chronic obstructive pulmonary disease, such as:

For any lung disease and breathing difficulty, contact our specialist at BEWELL hospital.