Measles is a highly contagious virus-borne disease. The virus lives in the mucus of infected people's noses and throats. The virus can be transferred through physical contact, coughing, and sneezing. Furthermore, contaminated mucus droplets can remain active and be passed on by touching (they are contagious) for up to two hours. This means that the virus can survive outside of the body, such as on surfaces and door handles. 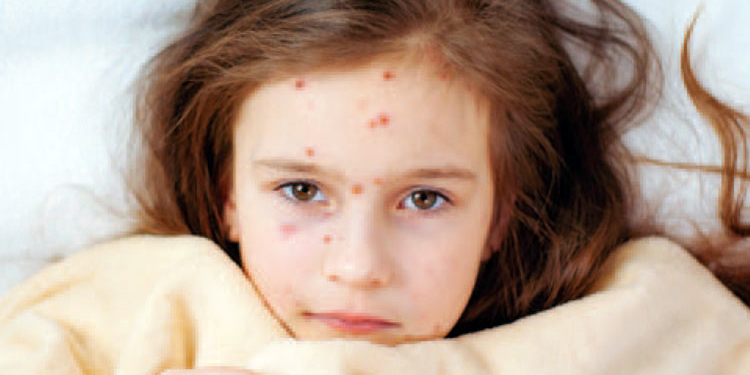 What are the signs and symptoms of measles?

When you become infected with the virus, it multiplies at the back of your throat and in your lungs. It then spreads all over your body. The following are the most common measles symptoms:

Most children recover in 7-10 days. An annoying cough may linger for several days after the other symptoms have subsided. During an infection, the immune system produces antibodies. These protect against the virus and provide lifetime immunity. As a result, having more than one case of measles is uncommon.

Some people confuse measles rashes with those produced by other viruses. Measles is more than just a small red rash that fades quickly. The measles virus causes a painful and possibly fatal sickness. The rash is only one manifestation of this condition.

What Is the Measles Incubation Period?

Infected individuals carry the virus in their respiratory tracts before becoming ill, allowing them to spread the disease without being aware of it. This is due to an incubation period of 8 to 12 days. The incubation period is the time between being exposed to the measles virus and developing symptoms.

What Is the Cause of Measles?

The rubeola and rubella viruses both spread via the respiratory pathway. This means they infect others who are exposed to an infected person coughing and sneezing. The rash is not spreadable. One of the most contagious viruses known to man is the rubeola virus. As a result, it has the potential to spread quickly in a susceptible population.

People who are immune to the virus (either by vaccination or having already had measles) can not get the sickness caused by that virus.

Complications are more probable among children with weakened immune systems (such as those with leukemia or HIV), underweight children, children under the age of five, and adults. Many malnourished children worldwide die from measles, mainly as a result of a subsequent lung infection (pneumonia). . Typically, these children have not been immunised.

The following are some of the most common complications:

The following are some of the less common complications of measles:

What tests are used to diagnose measles?

The doctor may diagnose measles based solely on the patient's history and physical exam, depending on the symptoms.

In doubtful circumstances, the doctor may order specialist blood tests to aid in the diagnosis, but these tests are usually unnecessary.

Blood tests can also be used to establish whether or not a person is immune to measles.

What are the treatments for measles?

There is no single medication that can eradicate the measles virus. The goal of treatment is to alleviate symptoms until the body's immune system clears the illness. Rest and easy efforts to lower a high temperature (fever) are usually all that is required for a full recovery. Symptoms normally go away after 7-10 days.

Children should drink as much as possible to avoid dehydration (dehydration). Lollies are a convenient way to provide extra hydration while remaining cold.

Fever and aches and pains can be relieved with medication. You need to keep the child cool (but not cold).

Antibiotics do not destroy the measles virus and are therefore rarely used. If a complication arises, such as a subsequent bacterial ear infection or a secondary bacterial lung infection (pneumonia), they may be recommended.