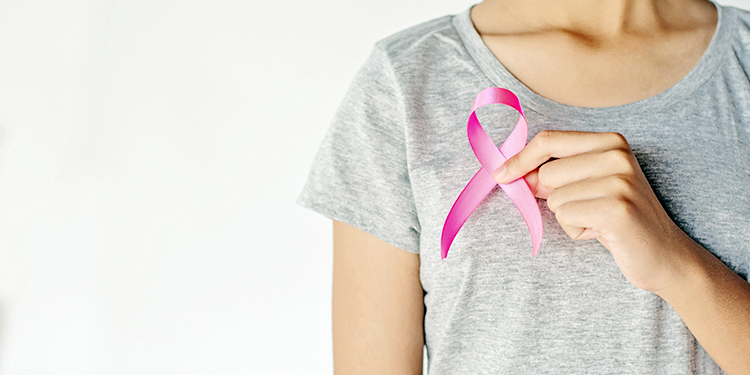 What are the Signs and Symptoms of Breast Cancer?

Individuals should be on the lookout for growth or lump in the breast or armpit. If the breast loses its natural shape and bloody fluid leaks from the nipple, it is recommended that a thorough examination be performed as soon as possible. Another typical symptom of breast cancer is discomfort in the breast or nipple, as well as changes in skin texture on the breast, such as small indentations and red splotches of dry skin. Symptoms include shortness of breath, yellow-tinged skin, swollen lymph nodes in the armpit, and bone discomfort in the neck.

What are the warning signs of breast cancer?

These alterations may be discovered via monthly breast self-examinations. You can become acquainted with the regular monthly changes in your breasts by completing breast self-exams.

Breast self-examinations should be done at the same time every month, three to five days after your menstrual period has ended. If you haven't been menstruating for a while, schedule the exam on the same day each month.

What are the stages of breast cancer?

For breast cancer, there are two alternative staging methods. The first is known as “anatomic staging,” while the second is known as “prognostic staging.” Anatomic staging is determined by the parts of the body where breast cancer is diagnosed and aids in determining appropriate treatment. Prognostic staging assists medical providers in communicating how probable a patient is to be cured of cancer if all proper treatment is administered.

The following is the anatomic stage system:

When breast cancer occurs in its early stages, it is limited to the milk ducts (ductal carcinoma in situ).

breast cancer is less than 2 cm across and hasn't spread anywhere, including the lymph nodes.

Breast cancer in stage II is defined as one of the following:

The tumor is less than 2 cm in diameter, but it has progressed to the lymph nodes under the arms (IIA).

The tumor is between 2 and 5 cm in diameter (with or without spread to the lymph nodes).

The tumor is more than 5 cm in diameter and has not migrated to the lymph nodes beneath the arm (both IIB).

breast cancer is sometimes known as "locally advanced breast cancer." The tumor can be any size, and it contains malignant lymph nodes that adhere to one another or to surrounding tissue (IIIA). A tumor of any size in stage IIIB breast cancer has progressed to the skin, chest wall, or internal mammary lymph nodes (located beneath the breast and inside the chest).

breast cancer, regardless of size, has spread to places other than the breast, such as the bones, lungs, liver, or brain.

How is breast cancer diagnosed?

Your doctor will obtain a complete personal and family medical history during your routine physical examination. In addition, he or she will conduct and/or request one or more of the following:

Breast exam: During the breast exam, the doctor will feel the lump and the tissue around it thoroughly. Breast cancer typically has a different sensation (in terms of size, texture, and movement) than benign lumps.

Digital mammography: A breast X-ray can provide critical information regarding a breast lump. This is an X-ray image of the breast that was captured digitally rather than on film. This is the general standard of care (vs. analog mammogram).

Ultrasonography: This test uses sound waves to determine if a breast lump is a fluid-filled cyst (which is not malignant) or a solid mass (which may or may not be cancerous). This can be done in conjunction with mammography.

What is the treatment for breast cancer?

The sort of treatment prescribed will be determined by the size and location of the tumor in the breast, the findings of lab tests performed on cancer cells, and the disease's stage, or extent. Your doctor will normally take into account your age, general health, and views about the treatment alternatives.

Breast cancer therapies can be either localised or systemic. Local treatments eliminate, destroy, or control cancer cells in a localised region, such as the breast. Local therapies include surgery and radiation therapy. Systemic treatments are used to kill or control cancer cells throughout the body. Systemic treatments include chemotherapy and hormone therapy. Depending on her specific illness, a patient may receive only one type of treatment or a mix of treatments.

Breast conservation surgery is removing the malignant section of the breast as well as an area of normal tissue surrounding the tumor while attempting to retain the breast's typical appearance. This treatment is commonly referred to as a lumpectomy, but it is also known as a partial mastectomy. Typically, some lymph nodes in the breast and/or under the arm are taken for assessment as well. The remaining breast tissue is usually treated with six weeks of radiation therapy. Most women with a tiny, early-stage tumor are ideal candidates for this treatment.

Another possibility is a mastectomy (removal of the entire breast). Today's mastectomy techniques are not the same as past, more severe mastectomies. Radical mastectomies were major surgeries that entailed removing the breast tissue, skin, and muscles of the chest wall. Mastectomies no longer typically involve the removal of muscles, and for many women, mastectomies are accompanied by either immediate or delayed breast reconstruction.